On July 8th 2021 Ben Fisher noticed that there was a strange line added to a GMB message his business Steady Demand had received when he viewed it on a desktop:

On This Page hide
How can a business know which part of GMB a message came from?
How the process works
Why is this important?
TL;DR 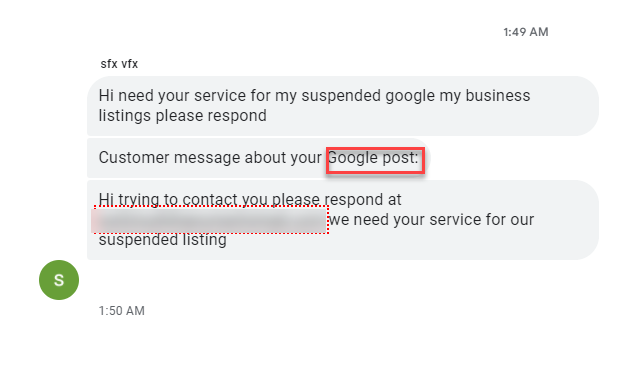 The ‘Message’ button has been on posts (when viewed on a mobile) for a while now, with the testing starting in September of 2020.

The ‘Message’ button appeared to roll out across all posts viewed on a mobile device by November 2020:

Now, in July 2021, for a user that is logged into their Google account – the message button appears on ALL posts, regardless of the CTA of the post, and it’s even added to the ‘posts’ that are auto-generated by Google when you add images to a business listing.

Up until now a business hadn’t been able to see which messages had been driven by a click on a ‘Message’ button in a post versus a click on the ‘Chat’ button in the business profile: 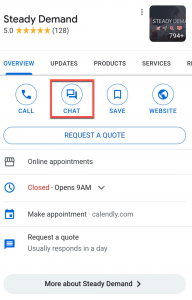 This is no longer the case.

How can a business know which part of GMB a message came from?

The ‘Request a Quote’ functionality in Google My Business is powered by GMB messaging but has a distinctive format: 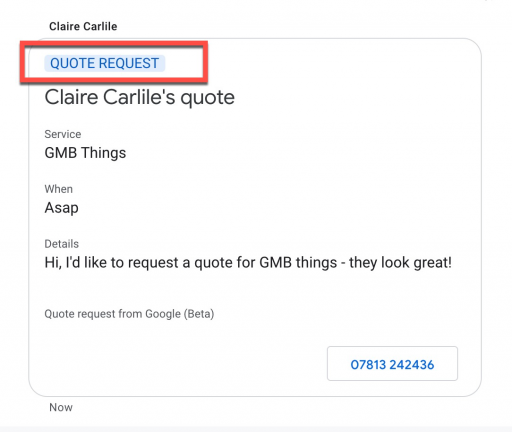 So in our messaging inbox we know that this communication has come via the ‘request a quote’ button.

Up until now it’s not been possible to differentiate between messages that come via GMB posts or those that come via the ‘chat button’ in the GMB profile.

Now – when someone sends a message via a GMB post we’ll see this messaging in our business inbox.

In the GMB app

The message appears right below the post that prompted the message, so a business will know which post drove the interaction.

On a desktop in the GMB dashboard

On a desktop Google just tells you that the message came via a Google post, but not WHICH post.  Which is kind of annoying.

How the process works

When viewed on a mobile, a searcher can click on the ‘message’ button on a GMB post, compose a message and then send it: 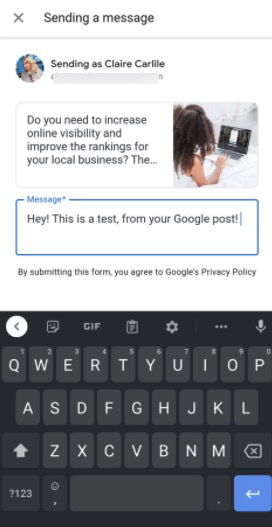 Google then notifies the message sender that the message has been sent, and reminds them that they’ll be able to view the response from the business in Google Maps when the business responds:

A click on the word ‘Chat’ takes you to the ‘Messages’ tab in the ‘Updates’ section in the Google Maps app: 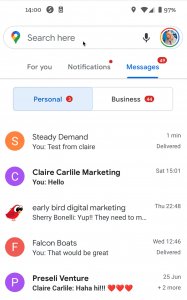 Why is this important?

By adding ‘message’ functionality to GMB posts, Google is making an additional land grab for customer interaction within the gated Googlescape. Google wants consumers to message businesses, and it wants businesses to message those users back (within 24 hrs or they’ll lose access to messaging) – all within Google’s cross device and cross application infrastructure.

Google appears to want increased uptake of messaging by businesses – making messaging available to businesses on a desktop, and adding desktop notifications of messages in GMB on chrome:

So….I just got a notification on desktop in Chrome of a GMB message, anyone else now getting desktop notifications? PS Hooray! 🥳✉️📬 pic.twitter.com/1lerxHZJyX

Post usage is still pretty low among businesses, but we hear about how they are driving sales all the time. As a matter of fact our own Claire Carlile has an awesome guide on using UTM’s with GMB and using UTMs really has been the only way to see if a post is causing a conversion.

We’re not sure about the level of usage of GMB messaging by small and medium sized businesses. So much of the user experience and UX seems ad hoc and it’s sometimes a great surprise that consumers use the messaging functionality at all – given the lack of communication by Google to consumers about how the conversation plays out between 2 seemingly separate (but not) environments – the Google SERP and Google Maps.   For the small to medium sized businesses themselves the conversation can take place across the GMB app, the Google Maps App and the GMB dashboard on a desktop. We’re exhausted just thinking about the logistics of managing this!

Messaging can be a powerful channel for businesses of all sizes. According to Botzzup (a GMB messages bot) messages can convert up to 5X more. Also according to LeadFerno, over 75% of prospects and customers want to text a business. So messaging is pretty darn important.

Savvy businesses will have been measuring to what extent GMB contributes to their conversions and micro conversions, by using UTM tagging in GMB so they can measure how GMB traffic contributes to their online revenue or other key metrics. They’ll also have been using GMB insights to monitor for uptick, peaks and troughs in user interactions such as calls and messages.

Now businesses will have a measure of how the message button on posts contribute to the volume of their message – but sadly this isn’t reported on by Google with any granularity, they’re all lumped together in GMB insights here:

The major takeaway here is that GMB can be a powerhouse of conversions. You have calls, directions, messages, and website visits (measured via GMB Insights) and then you have all of the conversions that take place on your website.

As a business you need to take advantage of the opportunities presented by the quickly changing communications infrastructure within the GMB platform. Try and work out what type of content within GMB is driving the types of actions that you want users to take, both within GMB and on your website.

As a business you’ll also need to be aware of the limitations of measurement within the GMB Insights platform – measure what you can, work out which of your GMB marketing efforts are working best, and do more of that! 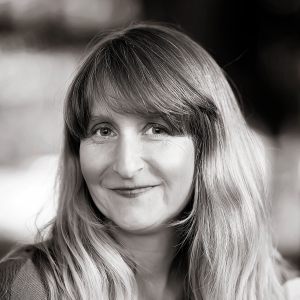