Last March, Google revised their Structured Data Policies.  While most changes were relatively straightforward and clear, a few were not.  In fact, some policy changes are still not obvious no matter how many times you read over the guidelines.  Fortunately, I was able to get some clarification on a few items recently during a meeting with a couple of folks from Google including one who is a member of Google’s structured data team.  If you’ve ever tried implementing structured data markup on a website for yourself or for a client, I think you’ll find these two following policy changes good news.

The Use of Meta Tags

For the past few years, Google has dangled the proverbial carrot in front of us by telling us that we could get rich snippets for our content by marking it up.  But we had to mark up the content in-line.  We had to place the microdata tags around the actual content where it sat on the page.

But that’s not always easy.  Sometimes it’s really tricky.  And with so many different content management systems out there—WordPress, Joomla, Drupal, Shopify, Magento and on and on–you practically have to be a coding genius if you want to do any markup work for yourself and especially for clients.

Of course, you might be thinking that there’s always JSON-LD.  After all, you can create the block of script, add it to the head section of the page and you’re done–no painful in-line marking up required.  JSON-LD is a great option for many websites and Google has been recommending the use of it more and more lately.  But not everyone understands how to properly create JSON-LD markups.  Setting it up to automatically extract values from code such as PHP and incorporate them into the block of JSON-LD is very difficult, even for the average web developer. And as of this writing, Google does not support all rich snippet types for JSON-LD, most notably product rich snippets.  So the only option in some cases is to use microdata, and now we’re back to marking up the content in-line.

Thankfully, Google heard our cries of pain.  They understood that marking up content in-line was difficult at times and maybe sometimes even impossible.  They saw a lot of markup errors due to improper nesting, which in turn affects if and how much data they can extract from a webpage.  So to make our lives easier, it is now acceptable to use meta tags to add structured data markup to a page.

What does that mean, exactly?  It means that when using microdata, instead of having to painstakingly place the tags around the actual content on the page, you can now simply create the entire markup, add it to the head or body of the page and be done.  (For the record, they would still love it if we placed the microdata tags in-line, but it’s not absolutely necessary.)

However, one very important caveat—your markup must correlate with what is visible on the page.  The information that you include in your markup must match the content that you’re displaying to visitors (There are a few exceptions to this rule, which are found here).  If you don’t abide by that rule, then you’re leaving yourself open to a manual penalty, and the Structured Data Team does look for and take action against such deceptive tactics.  So as a general rule, regardless if you’re using microdata or JSON-LD, whatever you mark up must be visible on the page.

Marking Up Third-Party Reviews and Ratings

One of the, if not THE most desired rich snippet in Google is the rating rich snippet.  You know the one, the pretty orange stars under your name that makes your listing stand out.  To qualify for them, you had to of course add review and rating markups to your page (but the algorithm ultimately decides if you get rich snippets or not).  But you couldn’t mark up just any reviews or ratings.  Google’s previous guidelines stated that the review must “be of original content that you and your users have generated and is fully contained on your page.”  So basically, you had to include a system on your website where your customers or clients could leave a review directly.  Those were the only reviews and ratings that Google allowed you to mark up.  So much for marking up and showing off your awesome rating on Yelp
But obtaining reviews from customers through any platform is hard, and who has a review system directly on their website besides ecommerce stores (and GetFiveStars clients)?

Thankfully, Google now allows us to mark up third-party reviews and ratings.  So if your business has some great reviews on Google+, Yelp, Angie’s List or one of the other many review sites out there and you display the reviews and ratings on your site, you can mark them up.  Of course, Google has a few stipulations if you want to do this.

First, Google wants you to show “proof” that those third-party reviews actually exist.  What kind of proof?  Well, for one thing, you should display at least some of those reviews on the page.  You can accomplish this by, for example, using a widget that displays some of the reviews in your sidebar.  Second, you also must include a link to your third-party profile where your visitors can go and read the original reviews.

What Google does NOT want to see is a small sentence in tiny text placed in your footer that states “Rated 4.9 out of 5 by 100 customers”, placed there simply for the sake of the aggregate rating markup.  That’s a bad user experience and Google doesn’t like it.  And as a side note, keep in mind that if you add review and rating markup to any page, it must be about a specific product, service or business.  So adding the same markup to every page of your site in hopes of getting the rating rich snippet for every page is frowned upon, not to mention that’s just spammy markup.

So there it is—proof that Google doesn’t always want to make our lives difficult.  They have listened and made what I feel are some positive changes in their structured data guidelines and will hopefully make your markup work a little easier.

If you have any questions, please post them below and I’ll do my best to answer them.

David Deering is the owner of Touch Point Digital Marketing Agency in New Orleans. Most of his time is spent as a web designer and SEO consultant but his interest/unique obsession is with structured data. He has helped numerous companies around the world implement markups on their websites and he can also sometimes be found on Google’s Webmaster Central Forum assisting users with their structured data and rich snippet questions. Any opinions expressed are his own. 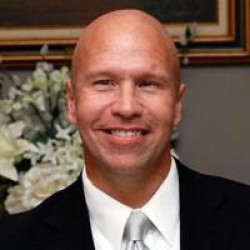