In the last couple of weeks, Google has been slowly testing a change to mobile search results that is one of the biggest changes I have seen in local search in quite some time.  Last week, Mariano Rodriguez from LawRank asked us if we were noticing more 2-packs in the search results.  After doing a lot of digging, we found that Google has been slowly making some big changes to mobile search results over the last couple of weeks.  The screenshots we have from the mobile SERPs from BrightLocal are consistently showing this change but several people I’ve asked cannot replicate these results on their phone.

According to what we’re seeing in BrightLocal, Google has been changing mobile results so that there are only 2 local results listed, instead of 3.  For example, this is what a user used to see on mobile earlier this month (traditional 3-pack):

And now that searcher is seeing this (a 2-pack):

This change is only happening on mobile, as the desktop SERPs are still showing 3-packs:

For all the cases I looked at, the change was happening on different dates.  For one, it switched over on March 19.  Another was March 24.  A third one was March 16th.  In all cases, when it switched to showing a 2-pack, it didn’t switch back later.

This change, if rolled out fully, could have a really positive impact on businesses that hold the #1 organic position.  With one less result above it, that position just potentially became more valuable. This is true also of 3-pack ads. In this example, because the business has the top ad and 3-pack ad, they dominate 4 out of the top 5 spots.

When ads show up in the local pack, they never “count” as one of the listings, so this SERP used to show an ad plus three local results as depicted below.

Up until this point, I had noticed very few differences in ranking on mobile vs desktop for local queries.  However, with this change, they are now telling a very different story.

What are you seeing?  Are your mobile search results showing a traditional 3-pack or are you seeing it shrink down to 2?  So far, based on people I’ve asked, the results seem split. 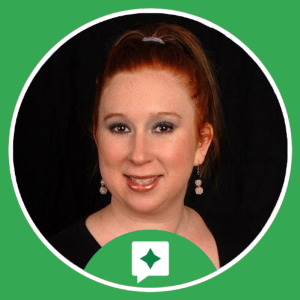