For Social Media, Pay to Play is the New Reality Carrie Hill

The world seems a kindler, gentler place than when I was a kid. We heard jokes like “you’re so ugly, your mama had to tie a steak around your neck so the dog would play with you.”

Fast forward to today, where getting a business in the action on social media requires nothing so humiliating. But like a child screaming for attention, a company’s authority on Facebook only counts for so much. So you can stop counting on those free lunches — they simply don’t exist for most of us in this content-littered world. In the big world of social media, pay to play is the hard new reality, especially for sites like Facebook.

That’s because the competition for the little guy is getting fierce. Earlier this year, Facebook released its latest active advertisers statistics, which rose to two million from the 1.5 million in July 2014. And guess what? The vast majority of those active advertisers are small- and medium-sized businesses. Those Facebook figures illustrate the point perfectly: In the crowded space of the Internet and social media, where everyone seems to be hawking their message, getting in front of the target consumer means a business must first secure good content then pay for promotion in the right social media outlets.

With a little bit of social media seeding, businesses today can make sure good content reaches the people who are interested. So it comes as no surprise that small businesses spend an estimated $5 to $50 a day on promoted posts and ads on Facebook, according to Reuters. Those tiny “sponsored” labels on Facebook are not the blemish you once thought they were.

One post on Facebook from the Center for Restorative Breast Surgery, one of our agency clients, reached more than 177,000 people for only $35 — boosting a post that had already reached 110,528 people organically to an additional 66,688 people through paid means. The post showed an engaging photo of a pink-for-breast-cancer-themed Christmas home display.

The Audubon Nature Institute, another of our clients, reached more than 19,000 people on a budget of less than $100 when promoting its kids’ birthday parties. It’s worth noting that the overwhelming majority of the people reached (18,000 to be exact) through the promoted post were paid and not organic. This goes to show that promoting a post can reach a whole new audience — one a business may not normally reach through organic, free methods.

So yes, if you want greater exposure, you’ve got to pay to play. Didn’t your mama always tell you that nothing worth having comes for free? Leave a comment and let me know if you’ve got any other success stories when it comes to promoting content on social media. 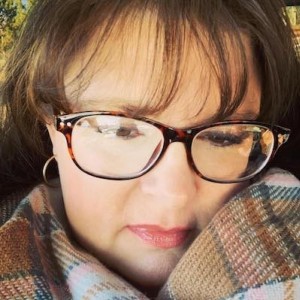