On September 10, 2020, I first noticed a technical issue where Google is placing Google My Business (GMB) listings in Kansas.  Its now nearly April 1, and the issue has not been fixed on Google’s end, but there is a process for fixing the issue if you are affected.

On This Page hide
How do you fix it?
Does the Kansas bug impact me?

Seeing an issue where Google is placing SAB’s in Kansas. pic.twitter.com/Na7xK2nLXQ

This issue is impacting Service Area Businesses (SABs). The problem is Google is nulling the address in the backend. When setting up a SAB, you clear your address in the info tab. The address, while not shown, can be seen by Google. While I don’t know what caused this glitch, Google is aware of this issue. Since the listing has no address, Google is placing the listing in Independence, Kansas. The reason the listings are appearing in Kansas is that it is the center of the United States.

The issue drastically impacts the rankings and performance of the listing. The listing will not show up or rank in their area. Instead, countless SAB listings are ranking in Independence, Kansas. This glitch also hinders businesses located in Independence. This issue is a worldwide issue. In Canada, SAB’s are ranking listings in Saskatchewan. There are reports of this same issue happening in the UK and Australia.

How do you fix it?

The process to fix this issue is to contact GMB Support for your address to be set in the backend. It appears that not all of GMB support has gotten this memo. I spoke with a business owner today that received a month of runaround from support. One operator claimed that the issue might be a result of the website URL. Another agent tried to advise the business to adjust the service area. They also presented the owner with links on how to get reviews and about adding images. The business owner explicitly told the team that his listing was showing up in Kansas.

I understand that this is a more significant issue at play and that sometimes it will take Google a long time to fix it.  However, GMB support needs training on how the correct this issue. Sadly, this business owner got tired of waiting for Google to figure it out. The owner ended up adding their address and got suspended. Talk about adding insult to injury.

Does the Kansas bug impact me?

When you type your business name in Google, Google will auto-suggest your business name and the city and state. If you are not seeing your city and state but somewhere far away from you, this technical issue impacts your listing. You may also notice that your phone calls and traffic drastically have dropped or out of the area phone calls. You will need to contact Google and cross your fingers that the support person knows how to solve this issue. 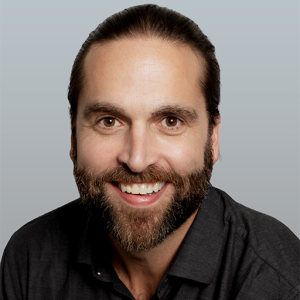